Salutations, readers. I will not take up a great deal of your time, but something’s been bugging me the last couple of years and it centers around opinions, or should I say, the credibility of opinions with the populace. Because despite the popular claim that “opinions don’t matter”, if one were to apply that same thinly veiled logic to most other aspects of their lives, they’d quickly understand just how poor that statement holds up.

That’s right, it does matter, stock footage image of a generic slogan I googled to illustrate my point. Those who downplay opinions are one of several more likely things.

-People who feel that everything they say is right

-Indignants who don’t like their love of something being questioned.

And this couldn’t read anymore clearer to me when it comes to the backlash and criticism us review guys get for sharing how we feel about a game or a movie. Reviews are a method of getting as many varying viewpoints about a product as possible to provide detailed takes on each respectful item or medium in question. People click on reviews to be educated on a product they show interest in…or do they?

Jim Sterling’s review of Legend of Zelda Breath of the Wild (I affectionately call Breath Mints), I found to be one of the best takes on this game to date. Whether or not I agree/disagree with him isn’t the point, it felt honest and that’s what mattered the most. Yet he received a level of backlash that borders on insultingly childish. Jim viewed Breath Mints not based on the series’ three decade legacy and what it’s meant to lives and gaming mounting to this magnus opus, but as a video game that warranted observation. Just like how Killzone Shadowfall, The Order 1886, and Quantum Break, Legend of Zelda Breath of the Wild is a video game that can be reviewed with a rational mind that doesn’t have to be blanketed completely in nostalgia.

But because someone said some mean words about a beloved childhood memory, the fanbase decided to lash out. I use the term “lash out” loosely, because it mostly breaks down to throwing a temper tantrum a child in the cereal aisle would do when he’s told he can’t have Lucky Charms, but Frosted Flakes instead. Actually, it’s less dignified than that, because that’s how CHILDREN are supposed to act. Chances are, I surmise that the average age of one of the tape worms that threw a hissy fit over his viewpoint (#opinion) are well in between the ages of 20-38. If he gave it a 10/10, would he be more or less validated?

It’s interesting that opinions cease to matter when they don’t precisely match up to what YOU think. “Your opinion only matter when it’s exactly what I want to hear!” Even more pathetic the backlash, because he said he LIKED the game. 7, the once lucky number, is now BAD in the eyes of modern review scores. I disagree with every fiber of my being.

Angry Joe, another respected Youtuber, crossed the line with Mafia fans, because he felt the game was below the standards of its predecessor, so guess what that means? He’s “lost credibility”. Or “someone’s paid him off to say this”. Yes, the fix was in to make you feel upset that your favorite flavor of the month game dropped a whole fraction of a decimal point on Metacritic.

Even lowly I was attacked by an avid Capcom fan on social media late last year for sharing my thoughts that King of Fighters XIV is a superior fighting game than Street Fighter V, and I LIKE Street Fighter V. The conversation (which I should’ve been smarter than to let it egg on) boiled down to being called “salty”, and  I was devoid of credentials to validate my position. Oh, so I have to be POPULAR in order for my opinion to matter? Got it, so I have to get popular like Jim Sterling and Angry Joe, only THEN can my opinion be called a total waste of time! I’ve solved the Da Vinci code!

See, this is why varying opinions don’t seem to matter in the eyes of the petulant fanboy. Their only law is nobody has the audacity to question what they covet or hold dear. Only the good opinions. They don’t even have to cite reasons, they can just call you a hater. 23 sites can give a 10/10 to Legend of Zelda Breath of the Wild, they have their right to. But why, Nintendo fans, when you want to hold that carrot over the faces of Sony and Microsoft fans to gloat, “Yeah, we got one!”, does a slightly less glowing review hurt so much? Not-as-glowing reviews, along with ones that give high marks and low marks, matter greatly. There’s a difference between advertising and analysis. A reviewer’s duty isn’t to be an advertisement, but a guide. A reference, if you will. Do you just want ANY mechanic to work on your car? You’ll probably search YellowPages.com for the best possible service that’s convenient for your location and budget. Or when I was shopping around for a USB microphone for my show. 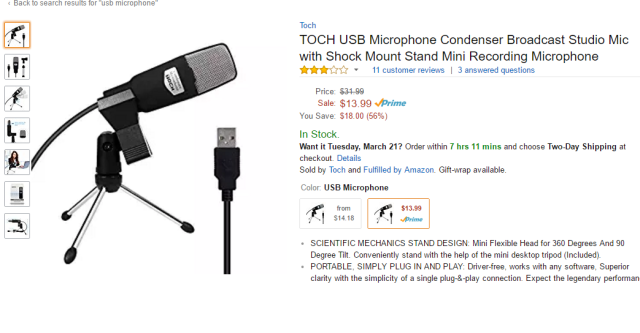 I didn’t have the finances for anything top of the line at the time, so I browsed around for days searching for credible options, and I read as many reviews, good and bad, before I made an educated decision, especially if what I’m reading sounds like it works for me, but the reviews are mixed. By reading bad reviews on the product, I can see if any troubleshooting methods are within my power to utilize, or just skip over the item altogether and move on. Bad reviews aren’t by design made to trash something for the sake of trashing it. Mind you, there are those who really are looking to craft clickbait in order to get the hits and it doesn’t take long to spot one before it’s too late.

This can be a case where bad reviews can be a good thing. Imagine that.

When it comes to making a purchase, you want to make the best decision possible, this also applies to video games. Unless you’re diehard fan of [Fill in the Blank franchise] who will buy whatever corporation drools onto your plate and consider it spectacular without questioning it, you want to quantify your play style, budget, preference. This is why our work is now so much harder. We shouldn’t have to fear ridicule or scorn (or potential website hacking) just someone someone was too indignant to agree to disagree and simply move on and enjoy the game they view differently from myself. Opinions are to be taken with a grain of salt. Nor should all opinionated posts be written with dulled blades, so the scathing words don’t cut as deep. Video games and entertainment are supposed to be escapism, so tying them down by politicizing them with “agree with me or get out” will only toxify these hobby even further. So somebody didn’t like Suicide Squad or Deadpool as much as you. Just because they think differently doesn’t mean they’re paid off. Opinions are not (nor should not be) written as truths, but observations from an alternative mindset. No one is saying you can’t be completely head over heels in love with your game. But by pretending we can’t learn something from someone we disagree with, we will all eventually lose.